I hope I’m not the last to know about this … and if I’m not, let me share with you something amazing!

I even have Hub hooked!

So, headed to the local grocer yesterday morning to pick up more lemons but discovered they were all green.  Impatient as I am, I decided to pick up limes instead.  Heading further down the produce aisle, I saw cucumbers and remembered a photo the Writer had posted a few months ago of a water glass filled with cucumbers.  So I thought, “Why not?”

I did a little internet exploring about limes and discovered that people actually combine limes and cucumbers in their water, sometimes even adding mint.  I don’t have any fresh mint but opted to slice up some limes (3) and a cucumber and added them to my gallon pitcher of water to chill for at least 30 minutes.  In case you’re interested, everything I read said to use filtered water.

So, here’s what’s chillin’ in my fridge … 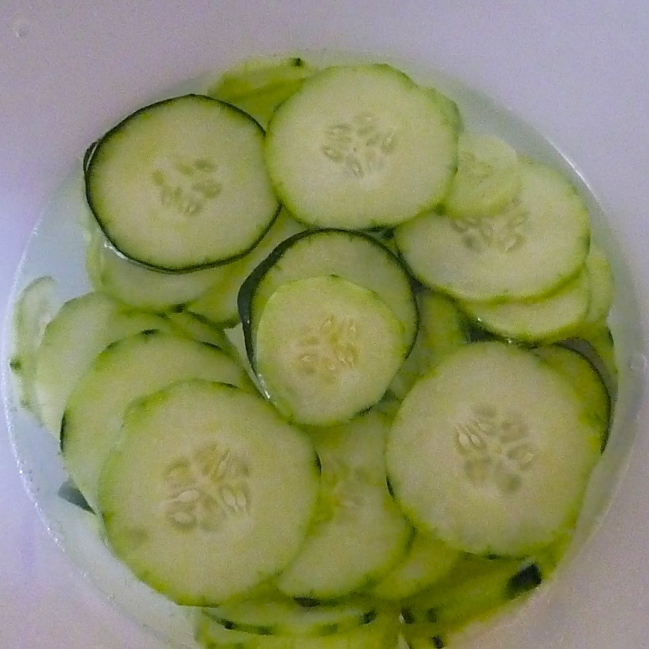 I poured myself a glass and gave Hub a taste and … WOW!